This year for eminent I am thinking about choosing The Great One, Wayne Gretzky! Mr. Gretzky was born on January 26th, 1961 in Brantford, Ontario, Canada. Growing up, Gretzky played minor league  hockey at higher levels than his friends. Gretzky was very fast, had incredible skill, stamina, but above all his ability to read the game was unbelievable. Gretzky’s hockey career started in the WHL with the Indianapolis Racers in 1978, he was then traded to the Edmonton Oilers. Once the WHL had folded, the Oilers moved into the NHL.

From here on, Gretzky set numerous records including most goals, 1016,  in 1487 regular season and 208 playoff games. He began his NHL career playing for the Edmonton Oilers, moving on to play for the Los Angeles Kings, the St. Louis Blues, and retiring with the New York Rangers in 1999. He was inducted into the Hockey Hall of Fame on November 22, 1999. Gretzky now owns his own restaurant, has a summer camp, and his charity called the Wayne Gretzky Foundation. 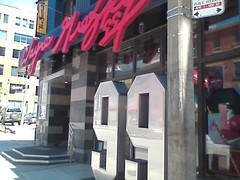 This charity provides disadvantaged children the opportunity to play hockey. He also makes significant contributions to many other charities such as the Ronald McDonald foundation. Gretzky has become a role model for many young hockey players and helped to grow hockey in the United States, with teams such as Anaheim, Phoenix, and San Jose. Wayne Gretzky is truly a huge name a sports and the name to know in hockey!

I think it would be very fun to learn more about Wayne Gretzky, his career as an NHL All-Star, and how he has impacted the world of sport.

Welcome to Talons. This is your first post. Edit or delete it, then start blogging!